UPDATE: Due to overwhelming response and limited venue space, MSU-Houma is asking that only Internal/ External Auditors, Surveyors, and legal representation attend the event. They will be hosting a separate event for owners and operators later on in the year.

Coast Guard Marine Safety Unit-Houma is hosting a Third Party Oversight Industry Day event. We would like to encourage our Auditors, Surveyors, and TPO customers to attend if they’re in the area.

For the individuals hoping to attend:

If you have any industry questions or want more information, please join us for our TVIB Talks Webinar on January 26th, 2023 @ 2:00pm CST 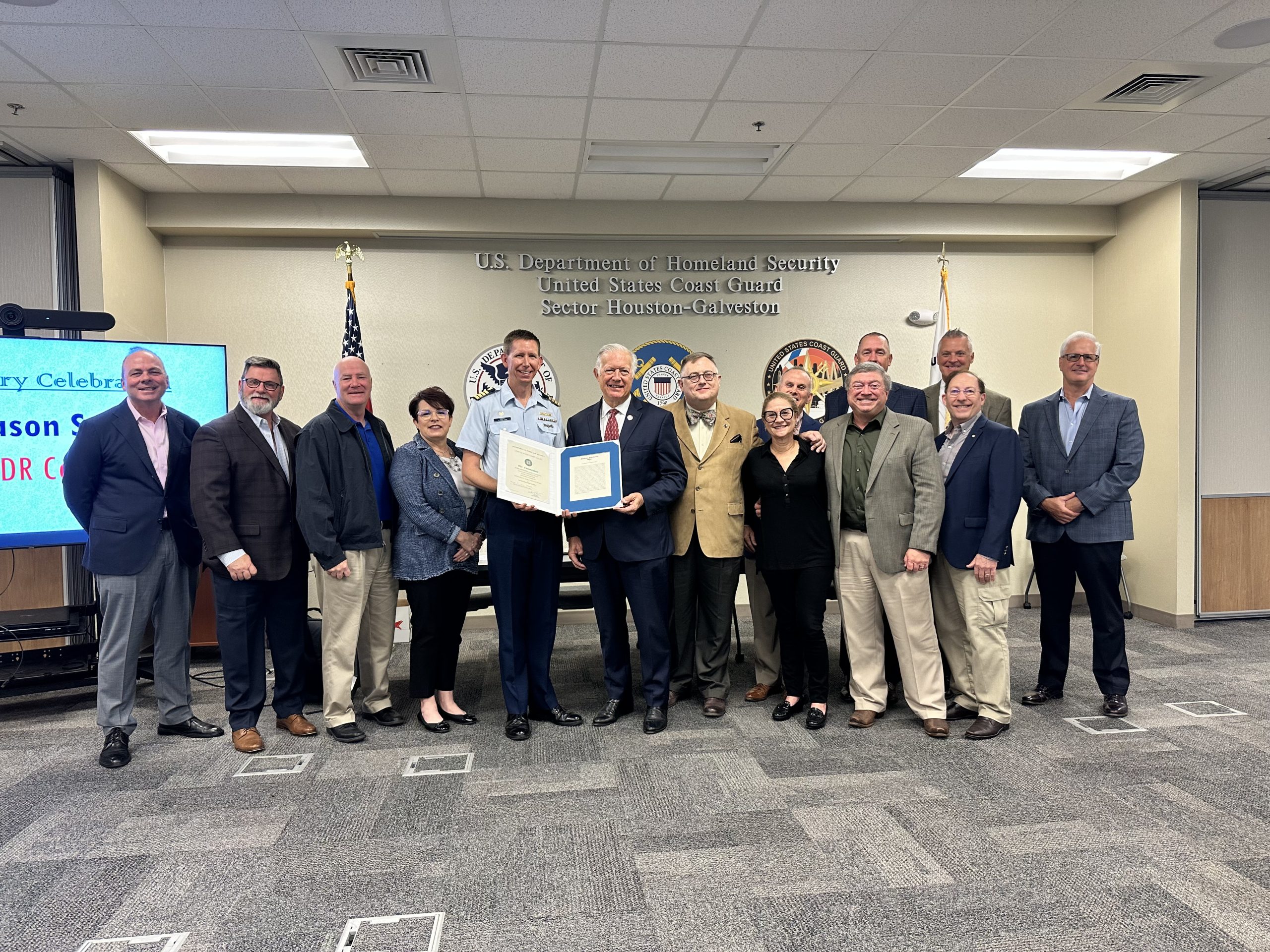 Today the Lone Star Harbor Safety Committee (LSHSC) and its predecessor federal advisory committee Houston-Galveston Navigation Safety Advisory Committee (HOGANSAC) were presented with a Coast Guard Meritorious Public Service award to recognize the 40th anniversary of the group. The previous chairs, COTPs, DFOs, and members were recognized by the current Sector Commander for Sector Houston-Galveston Capt. Smith and Congressman Randy Weber of Texas’ 14th Congressional District. Capt. Smith shared with the group that the model of HOGANSAC and LSHSC has been used in several ports for the development and establishment of other harbor safety committees.

This recognition was to celebrate 40 years of port stakeholders and the community working in partnership with the U.S. Coast Guard to address issues in the Marine Transportation System (MTS) within the ports of Houston, Galveston, Texas City, and Freeport including the associated waterways of the Gulf Intracoastal Waterway and offshore lightering zones. We watched the ushering in of maritime security regulations following 9-11 and saw the formation of the first Area Maritime Security Committee (AMSC). The group has been twice recognized on the national stage as Harbor Safety Committee of the year by the Transportation Research Board (TRB). Initiatives such as Brownwater University, Brownwater-Bluewater Symposium, and the Mariner Guide to Navigating the Houston-Galveston Area Waterways are but of few of the ongoing initiatives that were born out of this group.

As a previous chair of HOGANSAC, I was proud to be among this group and pleased to see that many of us have been involved for over 20 years with this group and its various committees and to see so many new faces that will carry on this important work.

The Office of Commercial Vessel Compliance (CG-CVC) would like to remind all Subchapter M – Towing Vessel owners and operators that while the phase-in allowance to get your Certificate of Inspection (COI) has past, as of July 19, 2022, there are some other requirements for existing vessels that are a prerequisite prior to obtaining the next Renewal COI.  In accordance with 46 Code of Federal Regulations (CFR) §143.200(c) no later than 5 years after the issuance of the first COI for the vessel, all existing towing vessels inspected under Subchapter M must meet the Pilothouse Alerter (46 CFR §143.450) and Towing Machinery requirements (46 CFR §143.460).

Failure to meet these requirements could result in issuance of a CG-835V vessel deficiency and possibly non-renewal of the 5 year COI per 46 CFR §136.215.